On December 18, at the Can Palots Theater in Canovelles, DARA Pharma, together with Xócala (a chocolate manufacturer), was granted "La dona d'aigua", the award that Xarxa Lismivo has been giving to the most socially responsible companies in the Vallès Oriental for the last 4 years. Xarxa Lismivo is a group of organizations located in the Vallès Oriental that work for the labor and social inclusion of people with functional diversity and, at the same time, help companies to be more competitive, responsible and contribute to building a better society.

On behalf of DARA, the award ceremony was attended by Míriam Cañadas, the director of the Team & Talent Development Department, who was handed over the prize by Francesc Colomé, the president of the Regional Council.

It is the second award for DARA Pharma; the first one was won in 2016 at the first edition of the contest. Since then, DARA is recognized as socially responsible company for being faithful to its code of conduct based on the diversity and equality of its workers and complying with the labor inclusion policy of people with functional diversity. 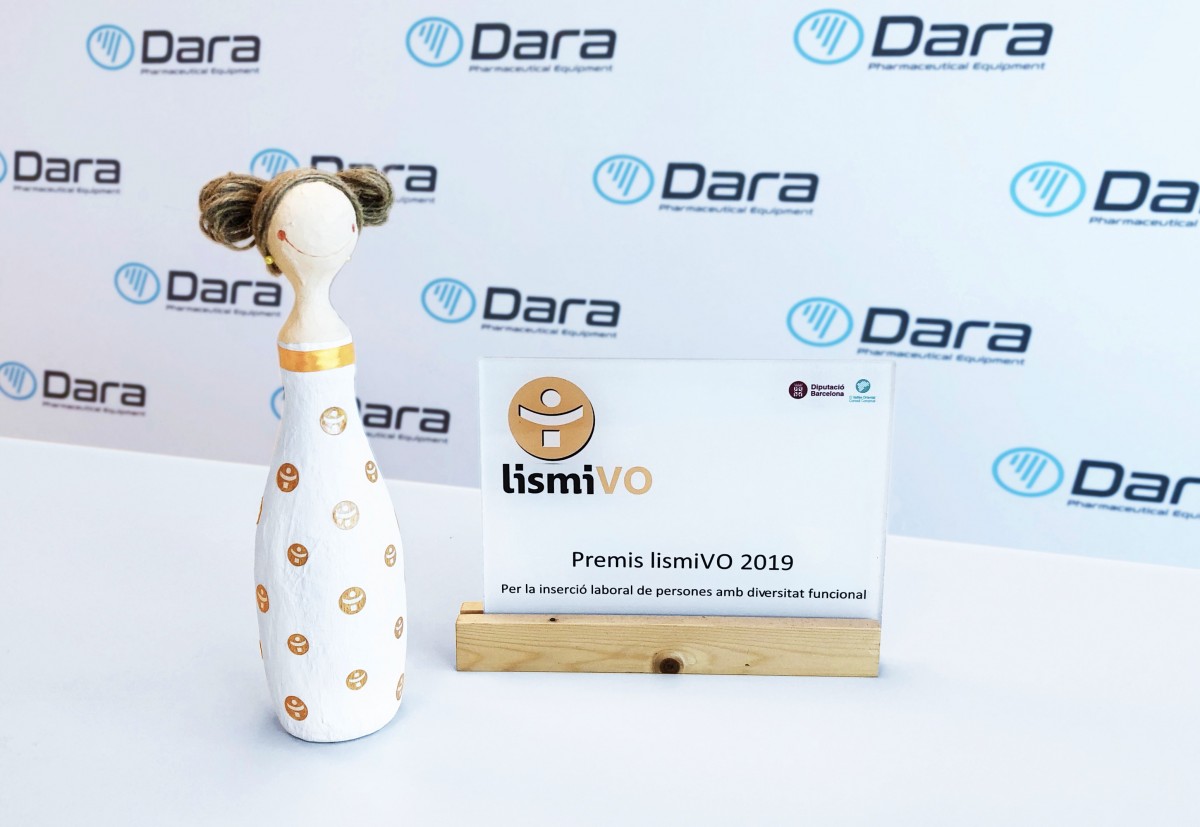