Following our ongoing commitment to improving the quality of life of society by manufacturing equipment for the pharmaceutical and biotechnology industry, at Dara Pharma we take pride in having carried out a recycling and donation campaign of our old work clothes together with the Solidança Spanish Association and its Roba Amiga program.

With this initiative, we’re aiming at collaborating with people in vulnerable situations and at contributing to reducing the environmental effects caused by the more than 900,000 tons of textile waste that are generated in Spain. 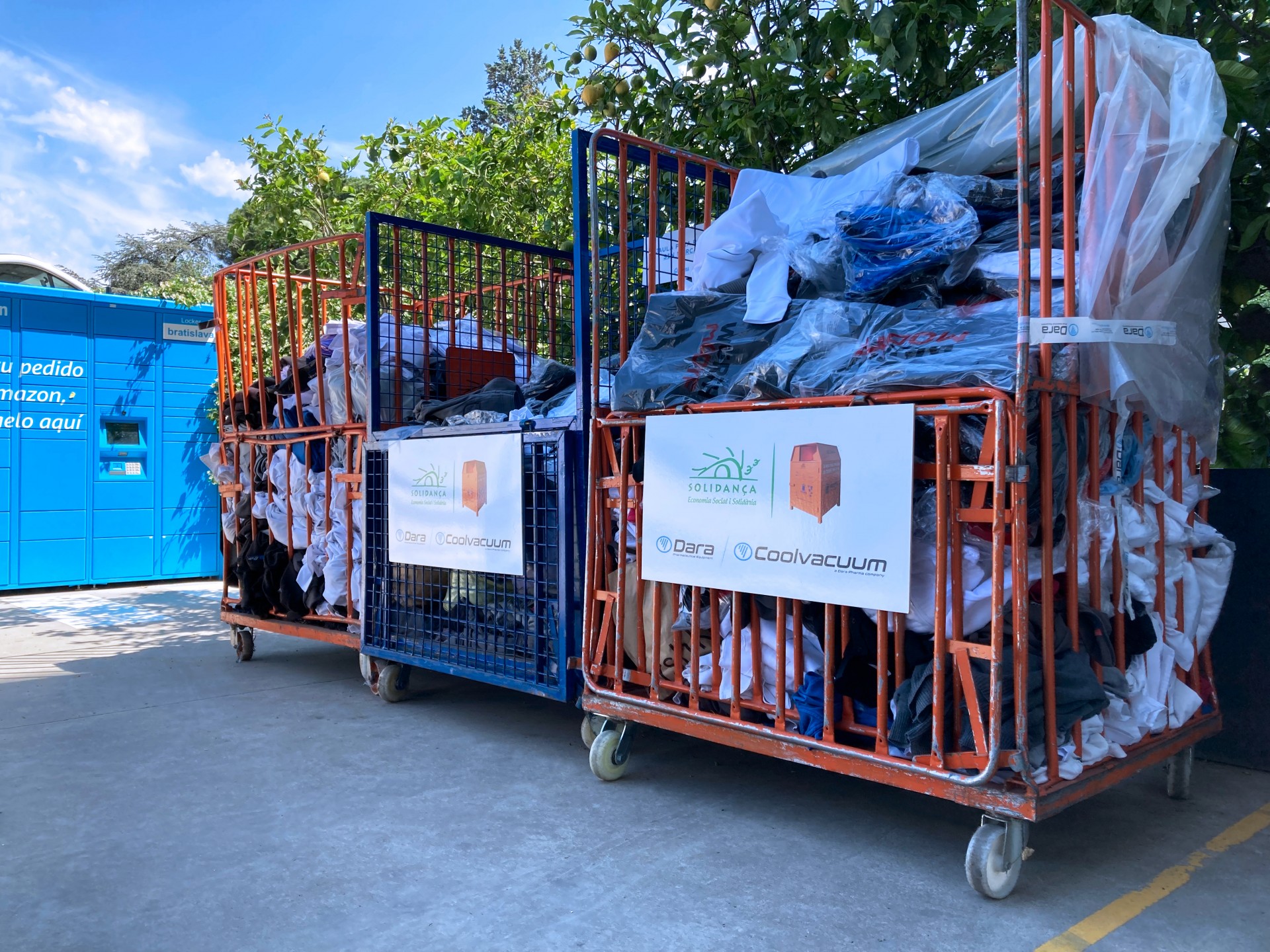 About Solidança and Roba Amiga

In this sense, we have worked together with Solidança, a social organization that works on the labor insertion of people at risk of economic vulnerability. This association is one of the driving forces behind Roba Amiga, the leading textile waste management program in Catalonia founded in 2002 under the slogan "Your clothes create jobs. Let's make them useful!".

Solidança / Roba Amiga operates throughout Catalonia, collecting clothes in more than 174 Catalan municipalities, with more than 1439 containers and more than 77 people employed. The association estimates that, through their work collecting more than 6,803 tons of clothes a year, they prevent 56,192 tons of CO2 to be generated which would end up in the ozone layer. In addition, the 7,300 pieces of clothing that they collect each year benefit 826 families, and job placement services are provided to more than 210 people.

As part of our solidarity initiative, 410 kilograms of old clothes were collected through the containers we installed on floor 0 of the Dara 1 building, making it easier this way for Solidança workers to collect the pieces easily and quickly to transport them to their plant, where the clothes would be classified according to the use they would like to give them in the future. 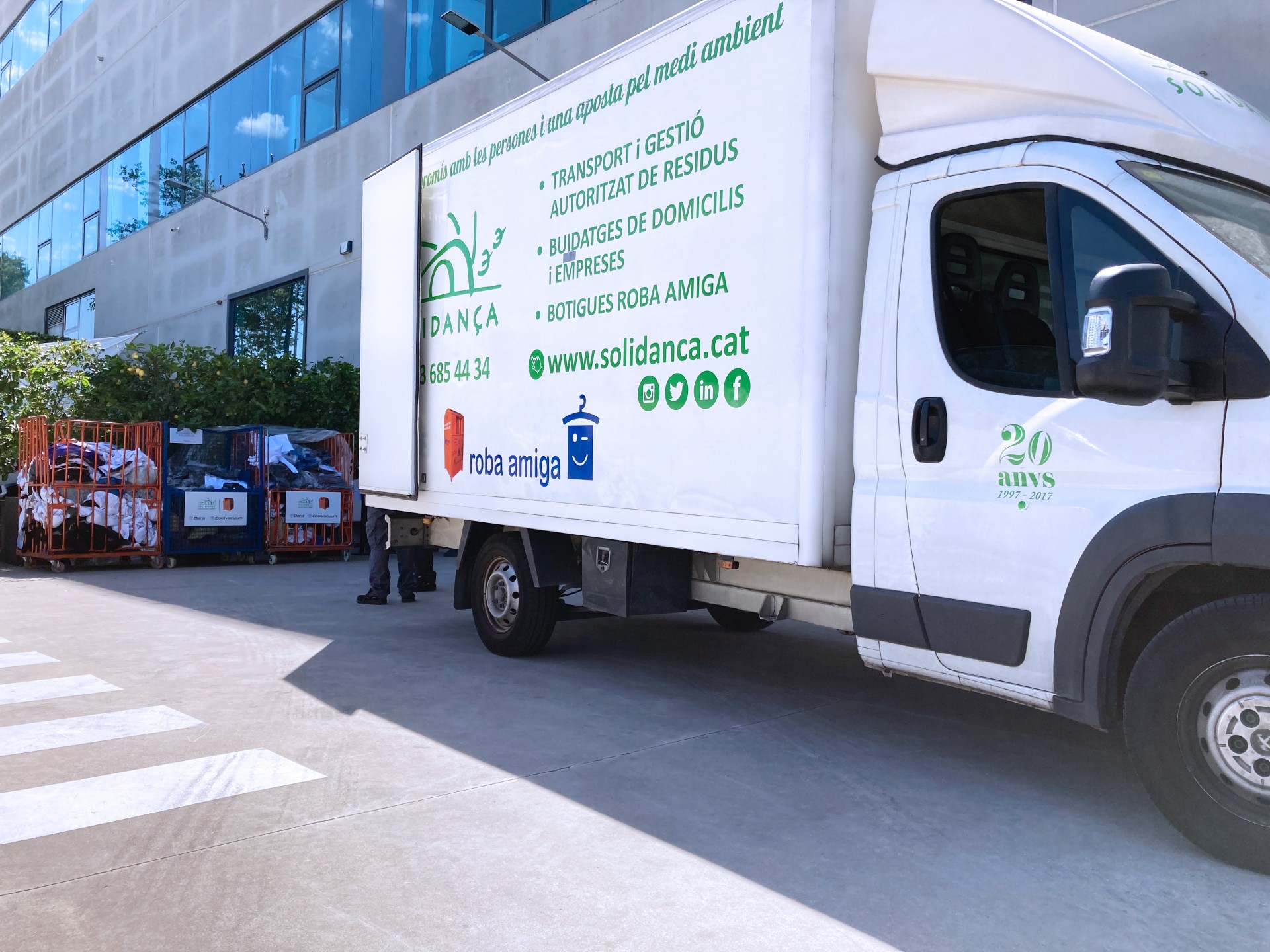 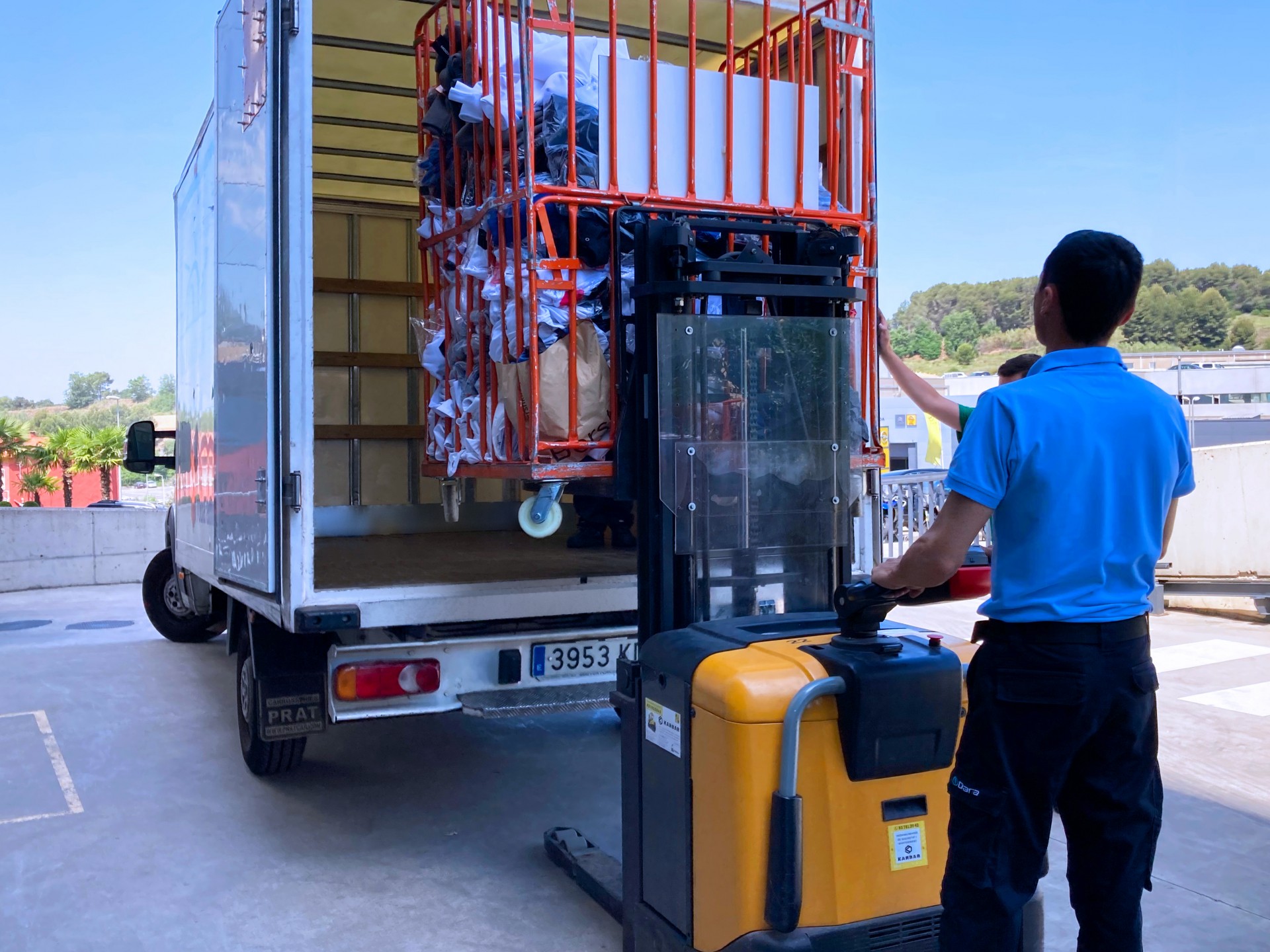 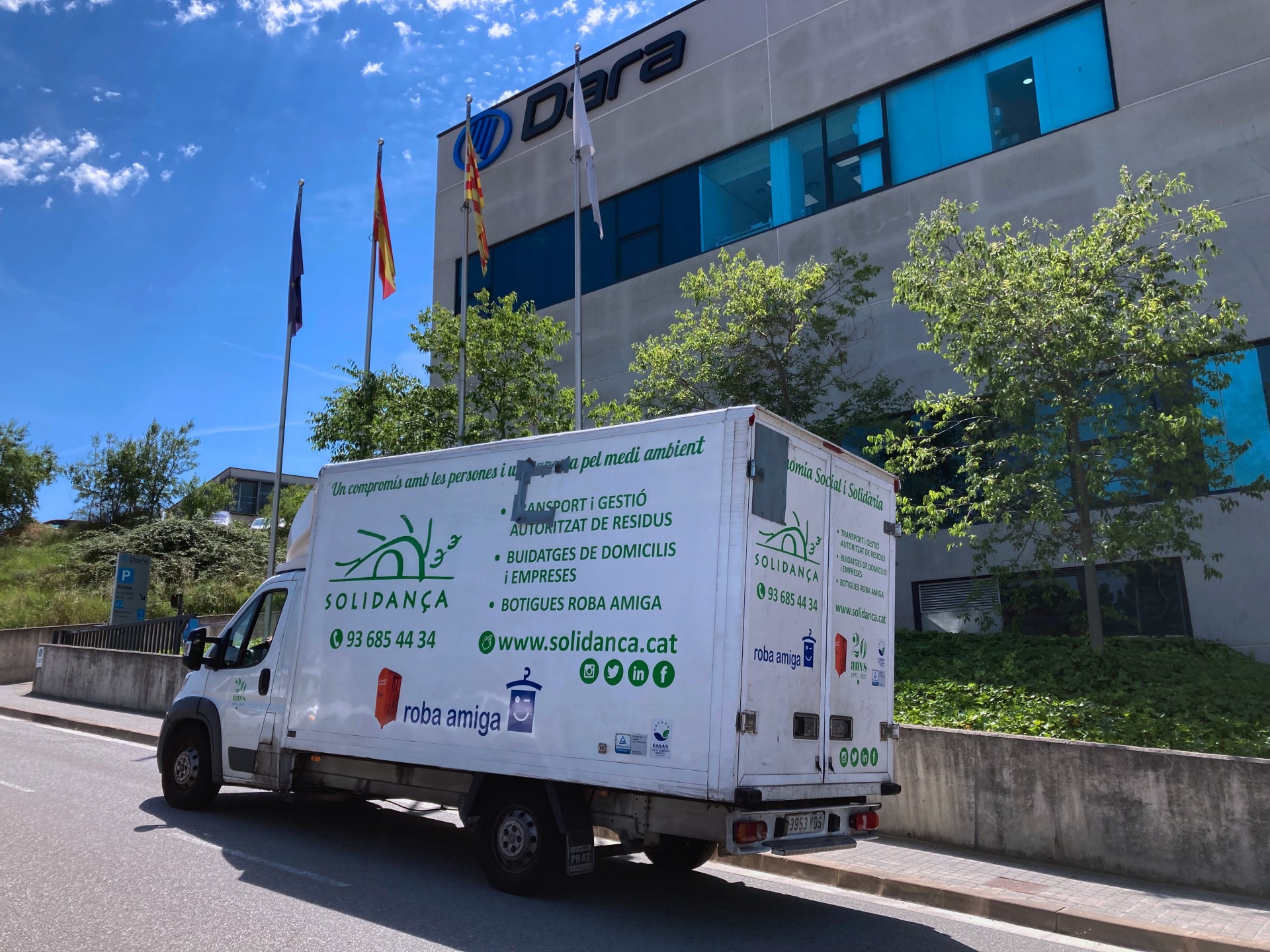 On one side, the garments bearing the Dara logo were taken to the Preparation for Reuse (PxR) plant, located in Sant Just Desvern (Barcelona), where they were destroyed with the purpose of taking advantage of the textile material for stuffing uses, such as spinning, paneling, stuffing for mattresses, pillows, vehicle seats, etc. It should be noted that this reuse plant creates 40 jobs for people at risk of social exclusion, referred by the Social Services of the surrounding municipalities. 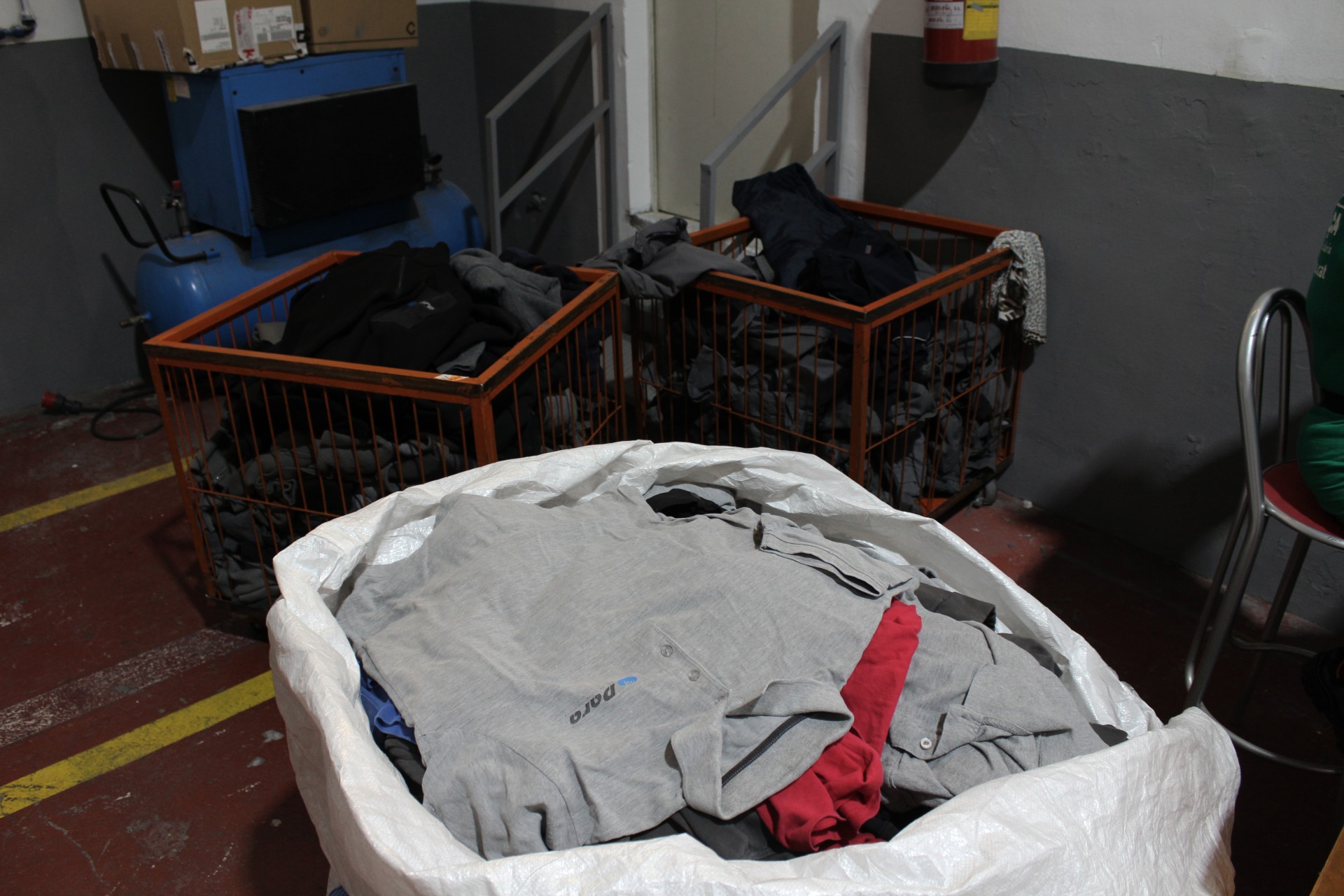 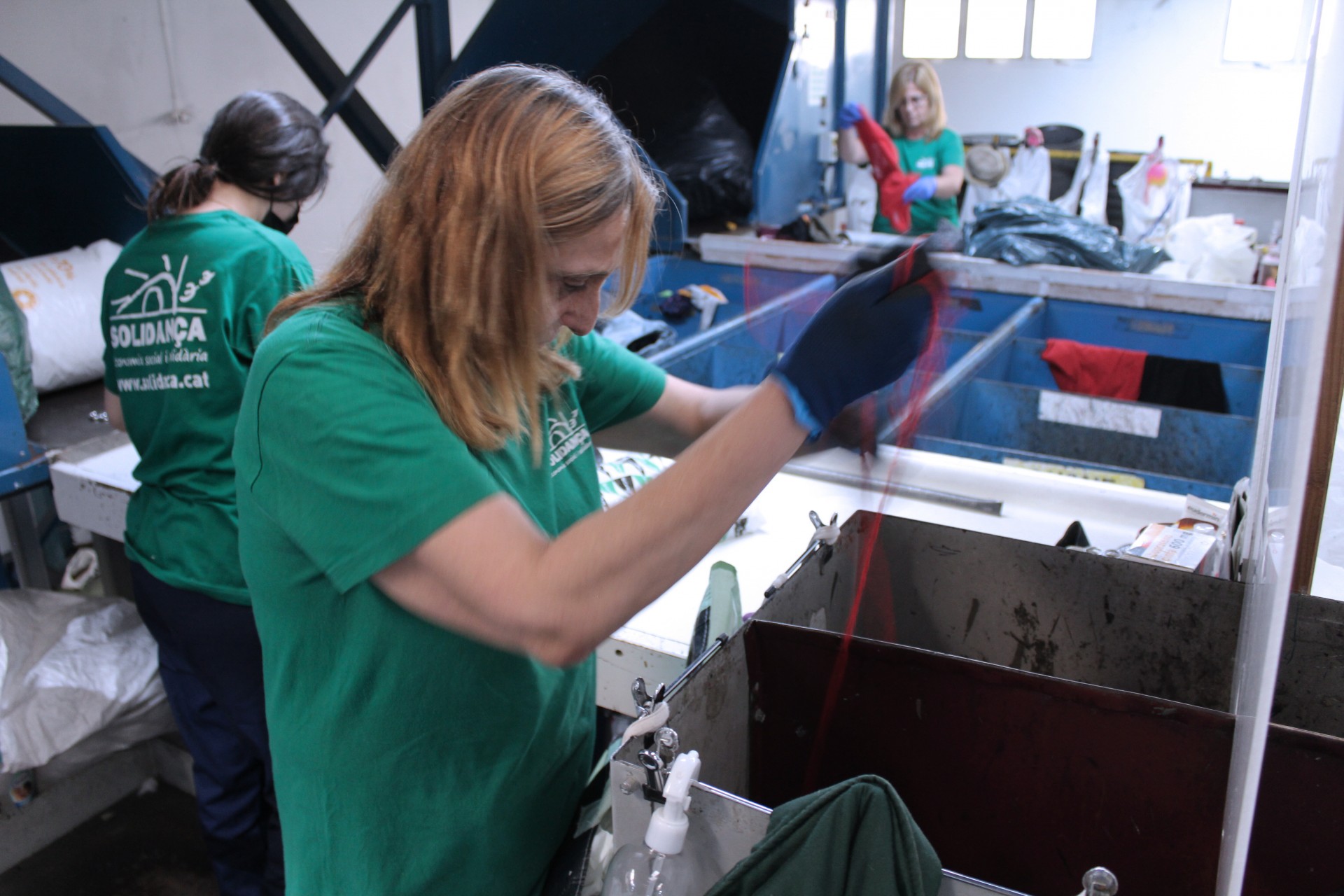 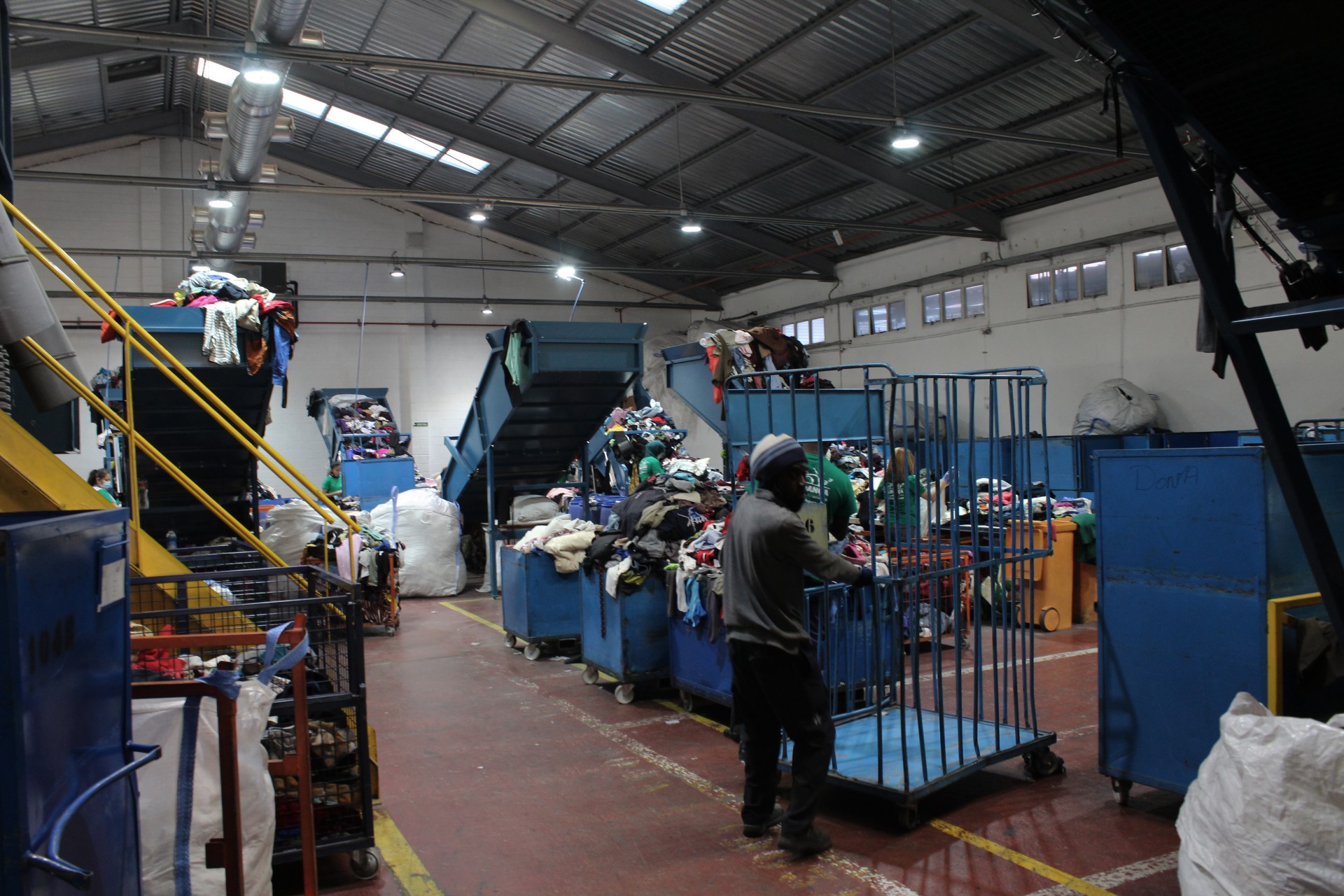 On the other side, the donated old clothes without any logo on them were delivered directly to people that are in vulnerable situations and who work in the different plants that Solidança / Roba Amiga has spread throughout the territory, so they can use them in their daily work. Some of these clothes were as well destined for the stores owned by the association, where a responsible and sustainable purchase model is promoted to generate social value by creating jobs for people in situations of social vulnerability and raising awareness about environmental and social issues. 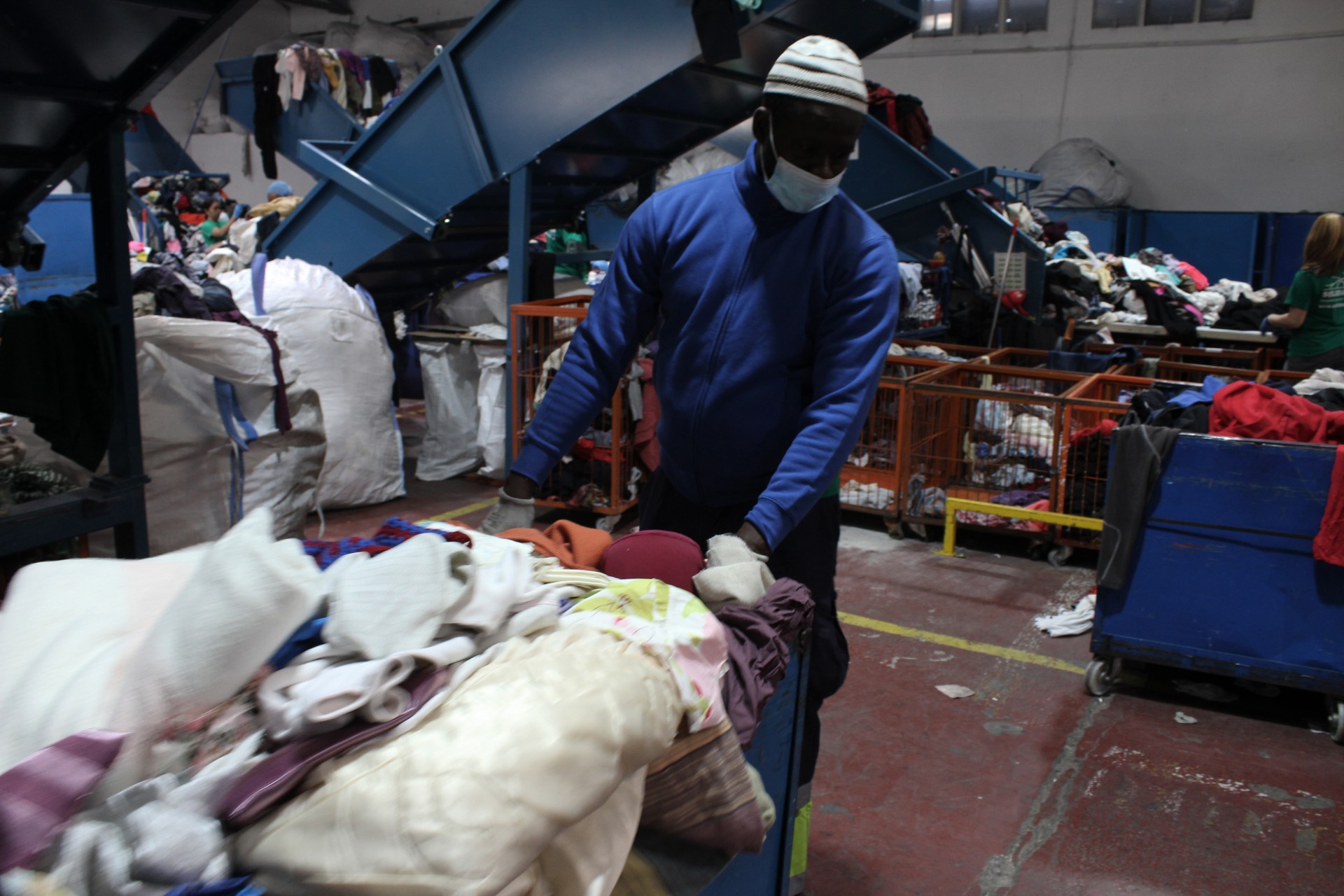 By donating our old clothes, we want to favor proper management of the waste generated from clothing and textiles while promoting the recycling and reuse of our garments within the context of the circular and sustainable economy, helping to tackle challenges such as climate emergency and social exclusion. 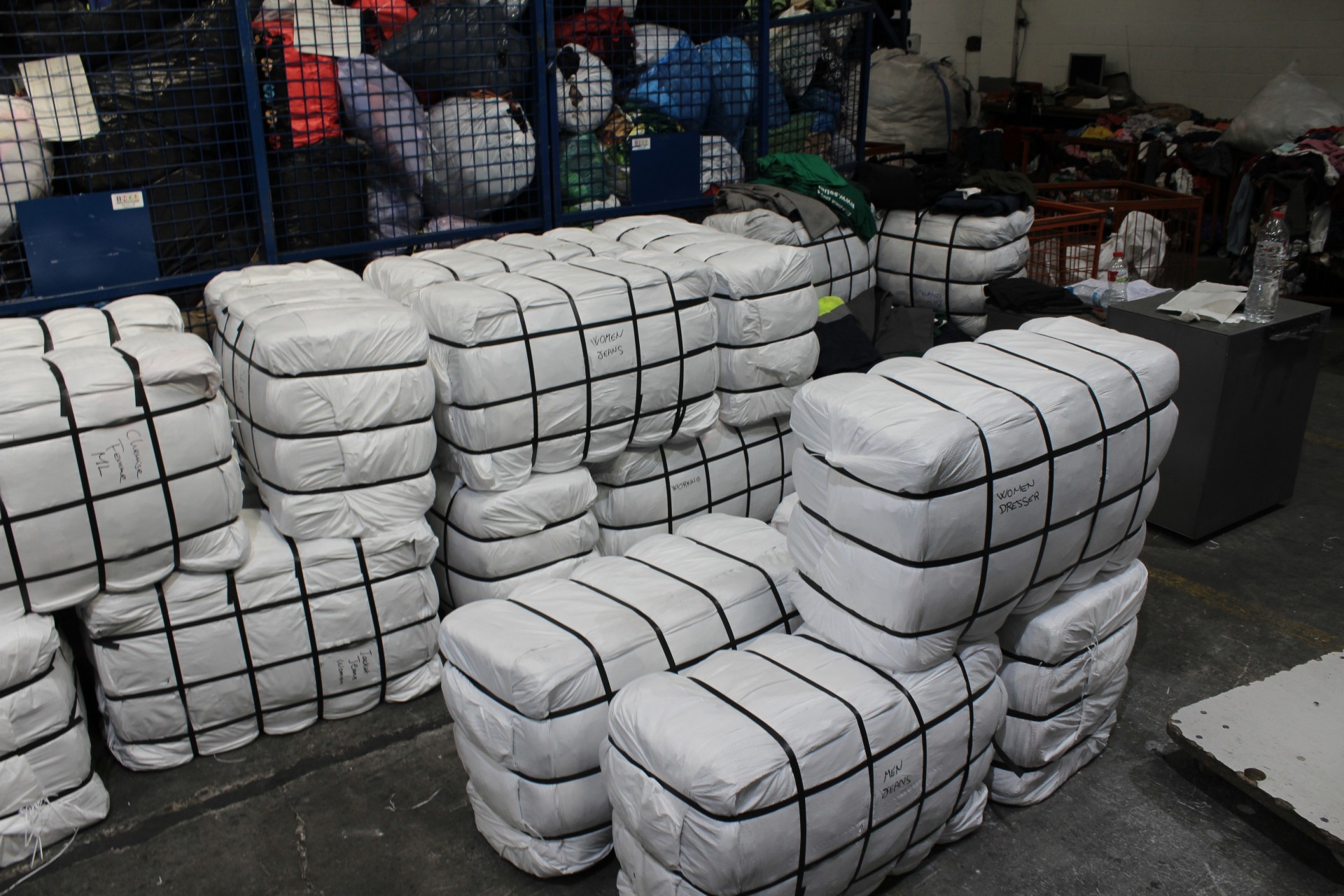 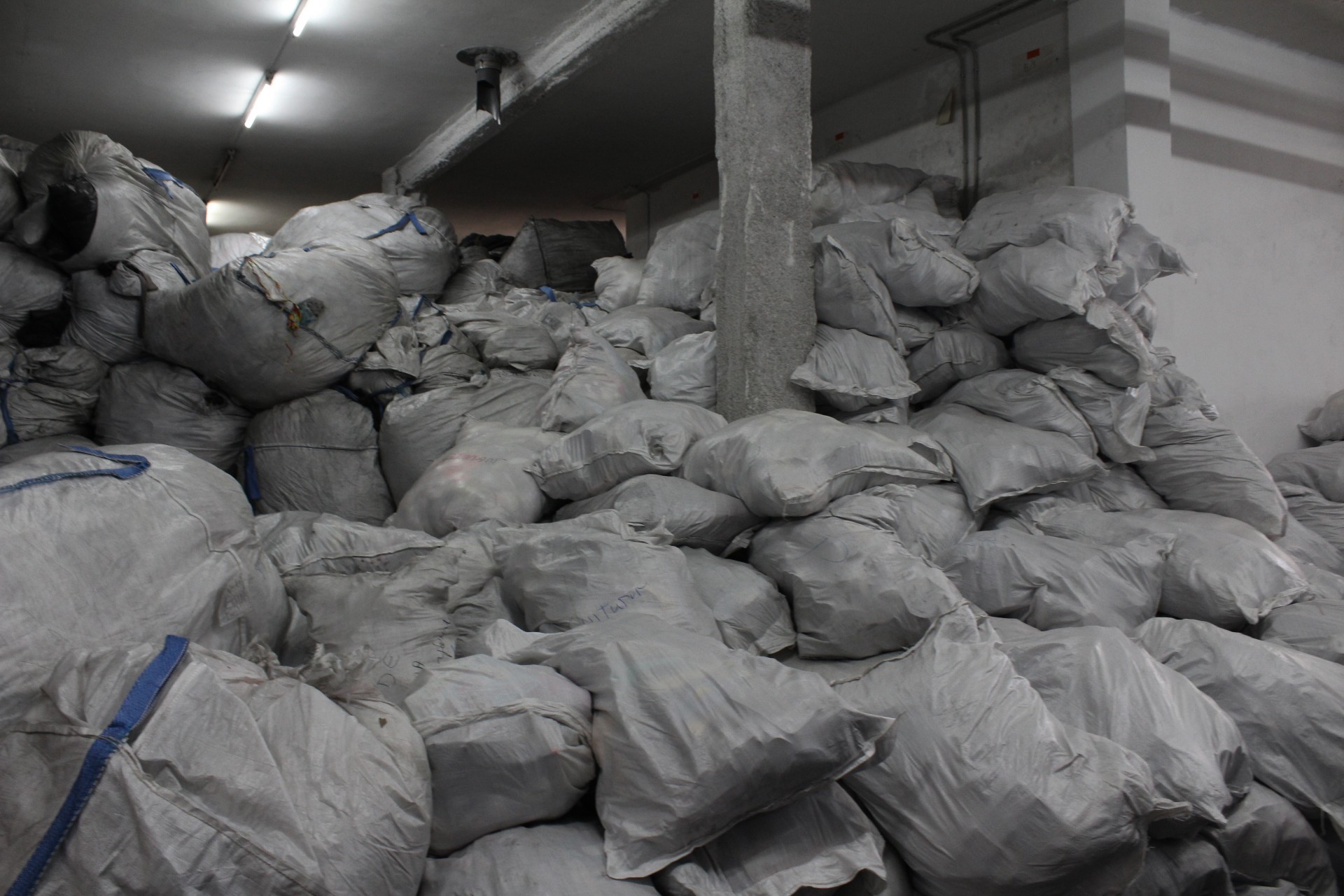 Thanks to the clothes collected, we will prevent the creation of almost half a ton of textile waste that would harm the environment if not recycled, and we will supply clothes to people who cannot afford to buy them, improving by this their welfare.

By doing this, we strengthen our mission, vision and values that make Dara Pharma a company committed to improving the welfare of all, and an international benchmark in the manufacture of sterile and aseptic packaging machinery and in providing innovative turn-key solutions. 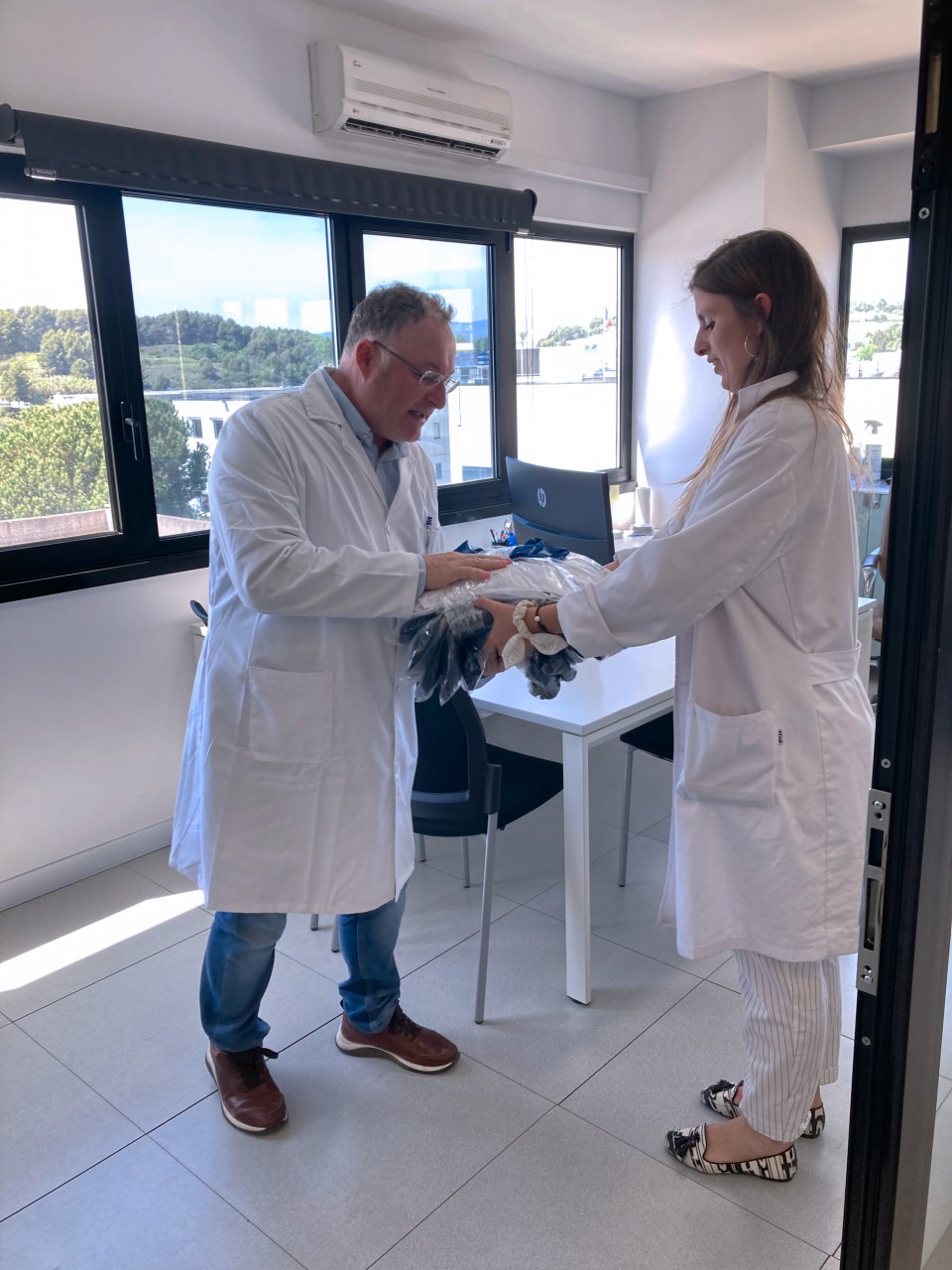 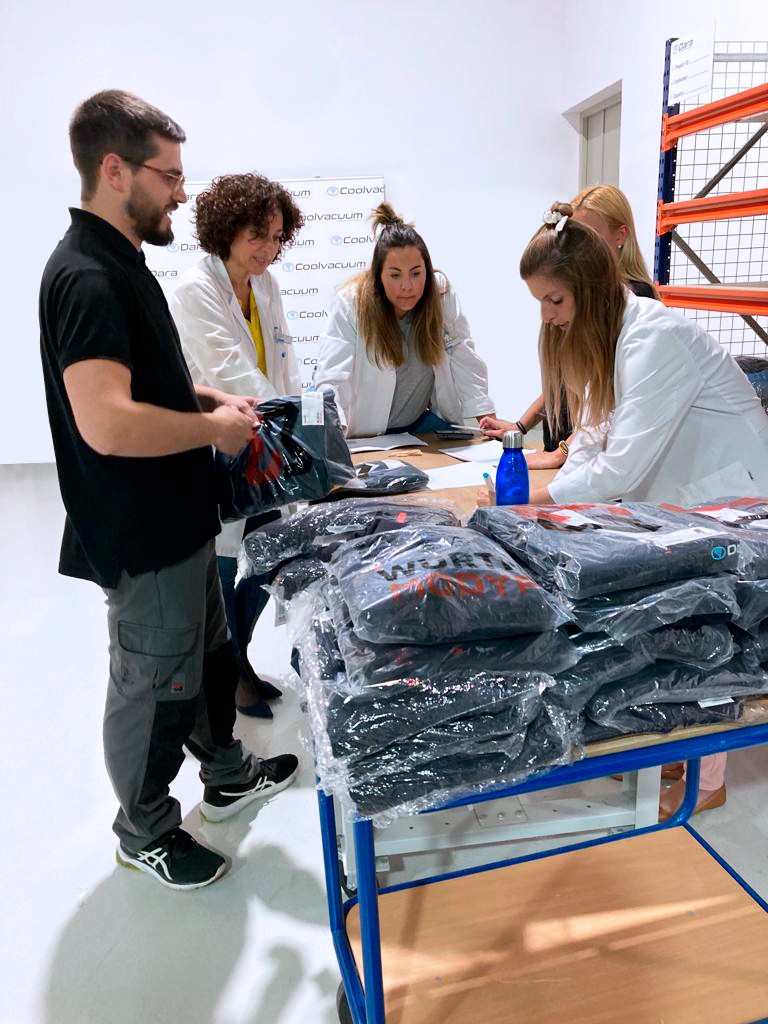 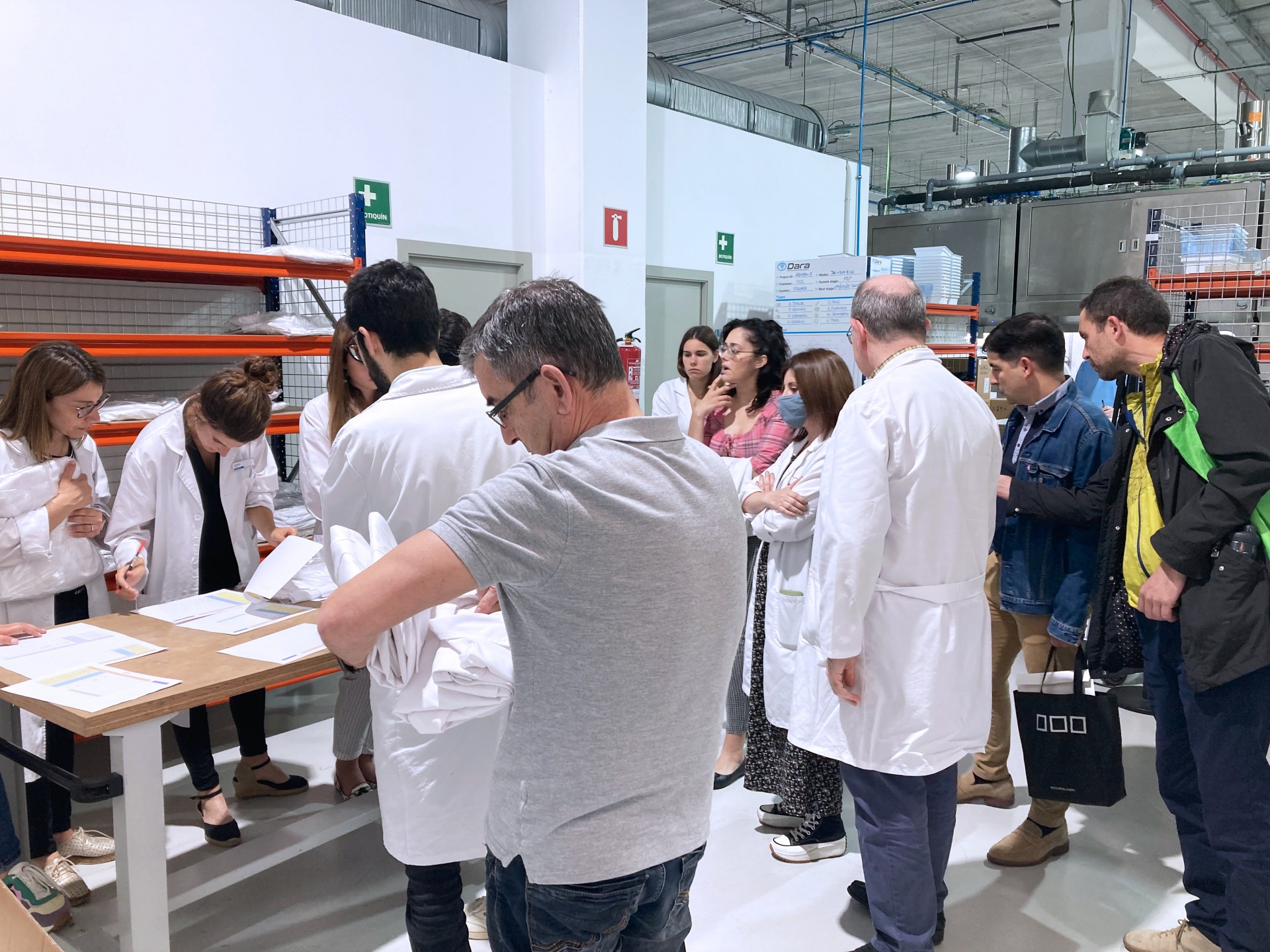 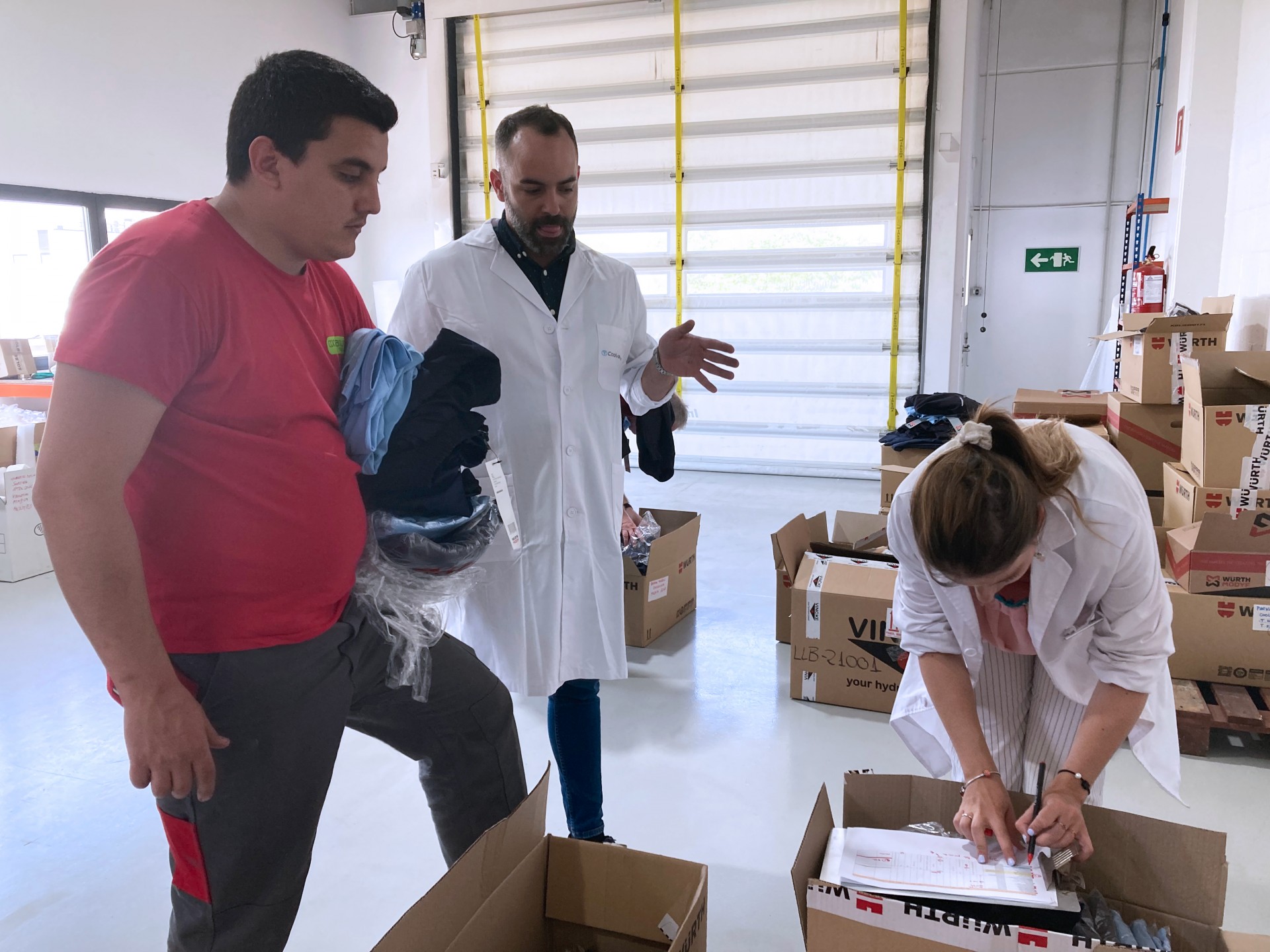