The 21st edition of Interphex Week Japan (July 3-5, Tokyo), the most important pharmaceutical trade show in Asia, concluded last week with more than 1,300 exhibitors and around 45,000 visitors from all over the world. Such a high index of influx is explained by the potential of this Asian market. In its latest report, Economic and Commercial Office of the embassy of Spain in Japan states that the Japanese pharmaceutical sector represents the third largest market in the world (only behind the United States and China), with a global market share of 7,4%. Local pharmaceutical companies show strong competition in this sector. Thus, in the top-50 world ranking of pharmaceutical companies' turnover, there are 10 large Japanese companies, such as Takeda, Astellas Pharma, Daiichi Sankyo, Otsuka, Eisai, Chugai Pharmaceutical, Dainippon Sumitomo Pharma, Kyowa Hakko Kirin, Mitsubishi Tanabe Pharma and Ono Pharmaceutical, all of them internationally recognized.

For this reason, Dara Pharma is firmly committed to the Japanese market and year after year ensures its participation in the Interphex Week Japan trade show along with its local representative, the company Steri Japan Co., Ltd.

In addition, this year Dara Pharma has reached a special agreement with Daikyo Seiko to present a new aseptic filling and closing equipment, model NFL/2, which processes vials in nest and Daikyo Plascap® caps. The Plascap® format provides multiple benefits since it eliminates the crimping process and, therefore, the risk of contamination by aluminum particles. As for the ergonomics, Plascap® caps reduce the effort while opening and the risk of damaging the gloves. In turn, the NFL/2 model from Dara is a versatile solution to work all the existing "ready-to-use" formats, such as syringes, cartridges or vials in nest, in sterile conditions. With an output of 4,800 uph, the equipment offers a compact design, in accordance with the cGMP and US FDA standards, especially in accordance with the requirements of the pharmaceutical and biotechnology industry.

Next year Interphex Week Japan will change the venue and the dates, and will take place on November 25th – 27th, 2020, in Makuhari Messe (Chiba Prefecture), located about 40km east from Tokyo. 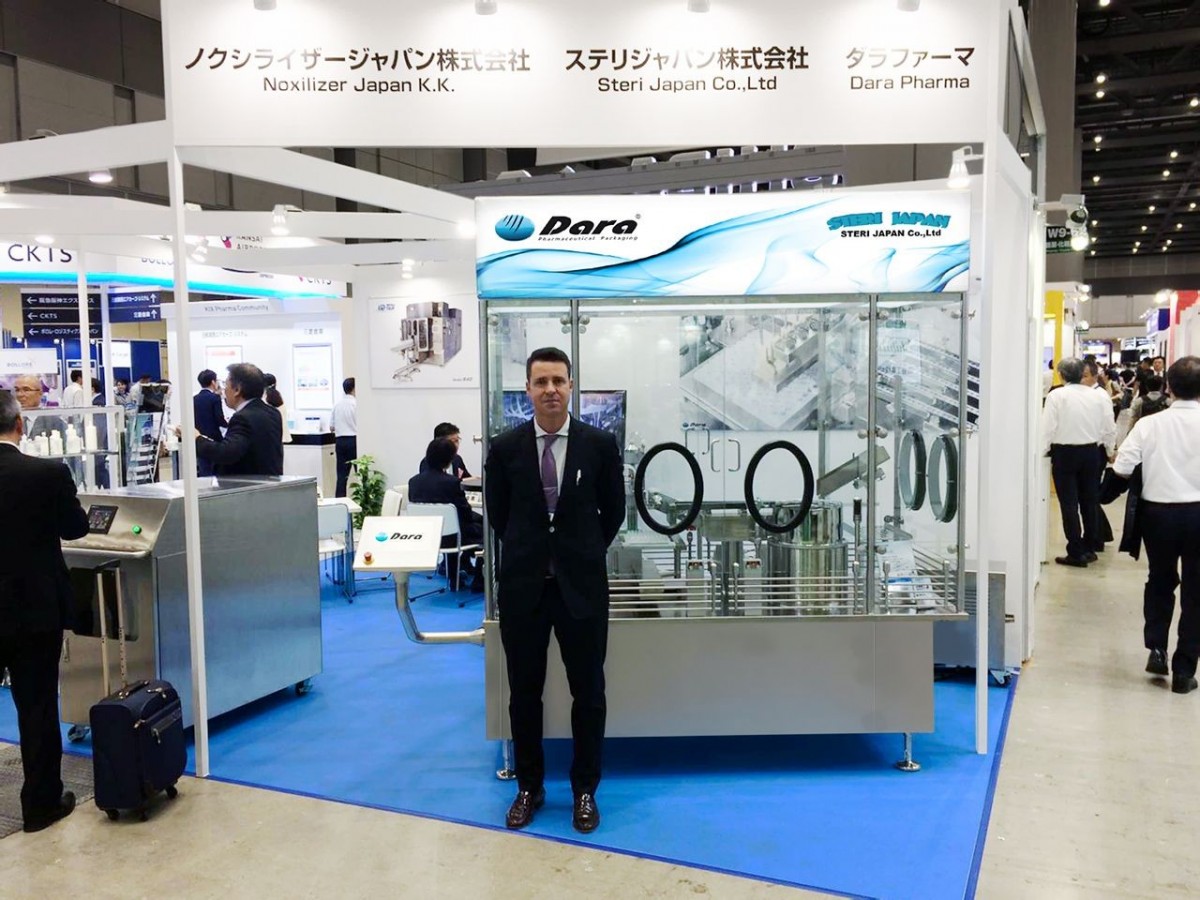